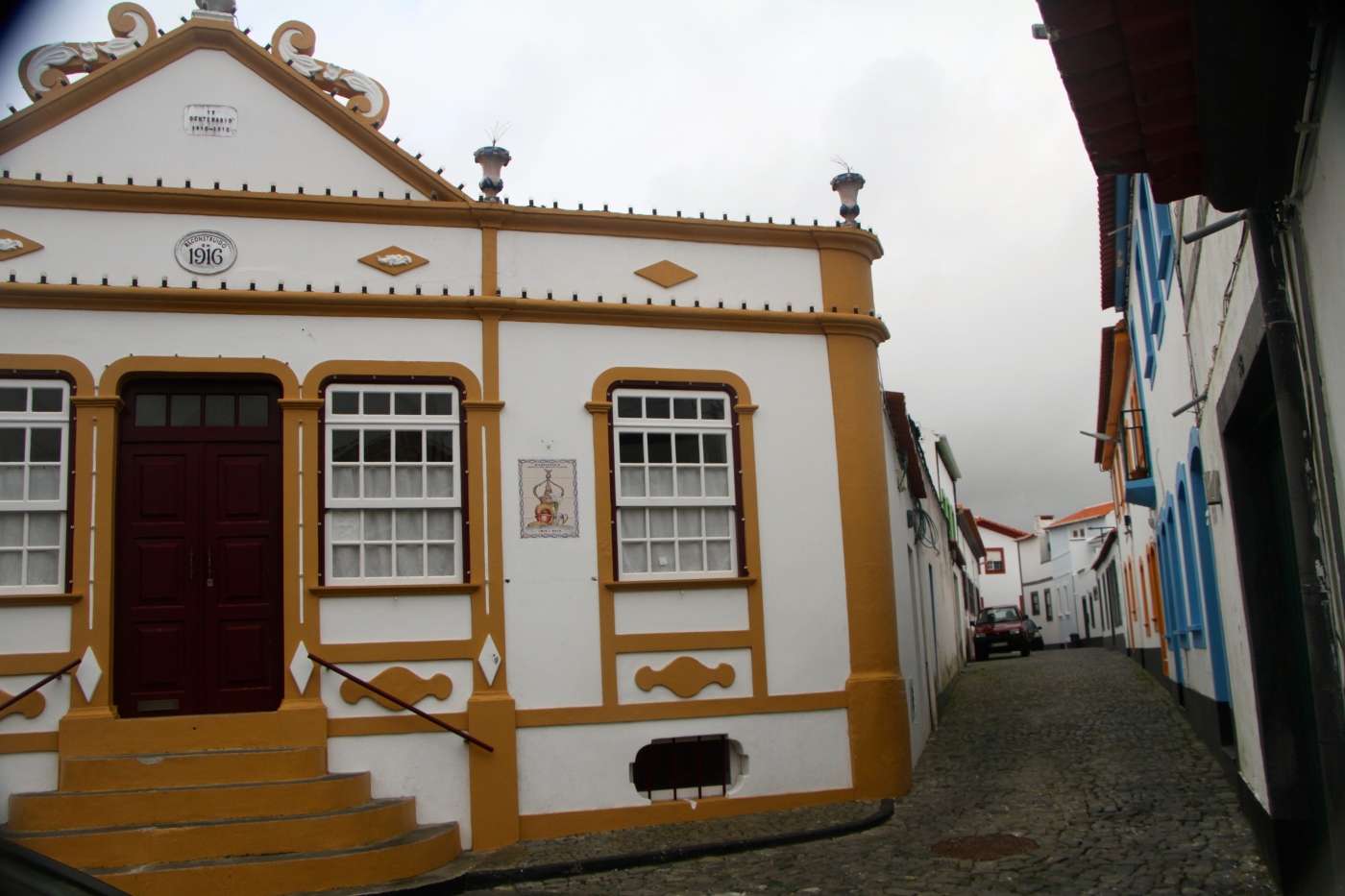 Top above is a photo of an Imperio chapel on Terceria and below, a pot of Alcatra

In the previous post I described a cooking lesson I had taken on  Terceira Island to learn to make a traditional meat dish, Alcatra. I am grateful that I had this experience just a month before the COVID 19 virus changed the world. There is a history of food sharing and taking care of those in need on Terceira that is relevant for us all in this new chapter in history.

Festivals are frequent on the island of Terceira starting around Easter and continuing  throughout the summer and early fall. There is Carnival in February and March, The Holy Ghost Festival April/ May, Sanjoaninas in June and street bullfighting (on a rope) everyday somewhere on the island throughout the summer and into the fall. There seems to be endless festivities for  a small island, 30 kilometres in length and 17 kilometres in width. This is an island with an old soul and rich spirit.

A History of Sharing on Terceira

There are many versions of the traditional stories that are representative of the spirit of charity.

One tale is about Queen Isabel of Aragon who lived in 13th century Portugal.  Many people were starving and Queen Isabel would take a basket of bread and walk outside the castle walls to give the bread to the poor. The King was not tolerant of this charity and caught her leaving the castle one day. He forced her to reveal the bread to the onlookers in the court and as she reached in to bring out the bread, it turned into roses. After that the Queen was able to open the gates of the castle to feed the poor. So goes the legend. These legends are still very much a part of the folklore of  the Azores.

An important part of island culture is the Holy Ghost Festival, also called The Holy Spirit Festival, celebrated in many parts of the world by the Portuguese diaspora.

I have included descriptions of parts of the festival that are relevant to the food traditions and the custom of sharing. Farmers have historically donated beef to the festival. There is a strong tradition of caring for those in need on the Azores.

The Holy Ghost Festival starts after Easter and continues for the next eight weeks. It includes processions, the crowning of a symbolic queen or emperor and religious ceremonies in the Churches and feasts.  A Bodo is an large scale public event held at the eighty-six Imperios (small chapels) around Terceira. All are brightly painted, ornate chapels, used only during the Holy Ghost Festival.  A procession from the church ends at the Imperios and food gifts are left in front of the church. Ornate sugar confections in the shape of birds and other food goods are specially made for  this day. The food is distributed and a portion is given to those in need. 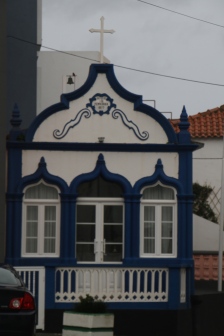 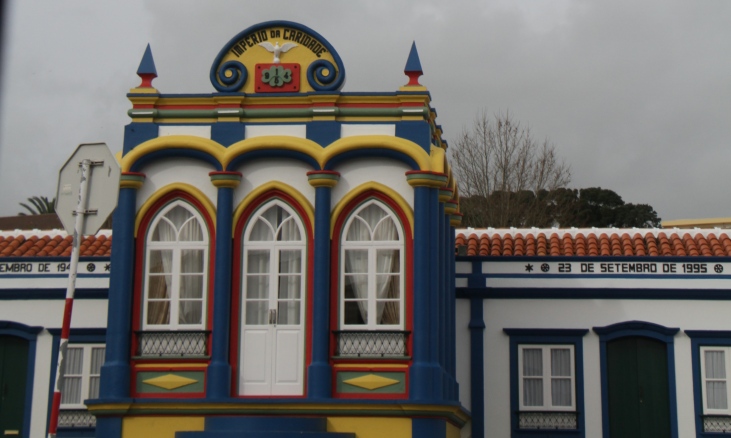 The Função is a private event during the celebration that involves the preparation and sharing of a symbolic meal amongst groups of friends and family. Just as the Thanksgiving dinner in North America most often includes a turkey, the Função serves food that is traditional to this celebration. Holy Ghost Soup (sometimes called Holy Spirit Soup,) is served with bread. Although it is called a soup it is served as pieces of meat on a plate, with a broth used to soak bread cooked with mint leaves. On the island of Terceira Holy Ghost soup is also served with alcatra, a beef dish that includes onions, herbs and red wine and is cooked in a clay pot. Wine and sometimes a sweet rice dessert are added to the feast.

The sharing of food during the Holy Ghost Festival, represents a strong spirit of equality and community sharing that has existed on the islands of the Azores for many centuries and remains strong today.

Our guide for a day long food/history tour Darcio of Sea Adventures, told us of how the island of Terceira pulled together when the American government recently closed an air base on the island. He said that many people were suddenly unemployed, losing their homes and livelihood. Darcio described how the whole island pulled together and built special homes for those who had lost theirs and donated food for those who needed help.

My next posts will highlight culinary practices used during difficult times in history, lest we forget that this is not the first. Wars, the Spanish Flu and other times of adversity have rocked the world before the COVID 19, and we can learn lessons from the past.

One thought on “Terceira, Azores – History of food sharing”