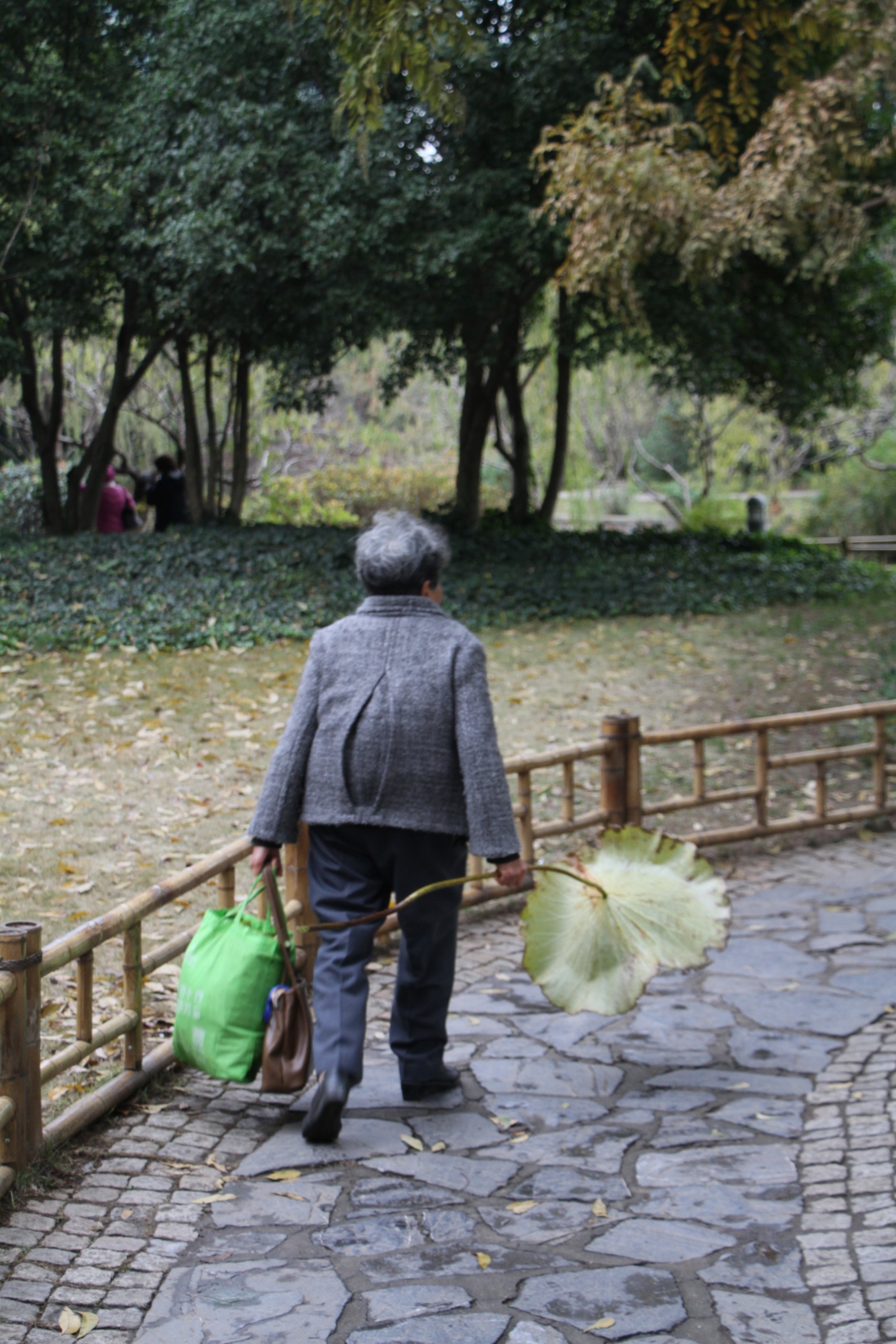 While visiting West Lake in China recently, we came upon a large pond covered in lotus leaves. I noticed an old lady walking along a path carrying a huge lotus leaf and wondered whether she was planning to use it as an umbrella. My guide told me that one of the uses of the lotus leaf is to wrap and steam food. Although the history of Chinese cooking is a universe unto itself, I decided to come home and research this small taste of old Chinese cookery. Many of China’s traditional dishes are still cooked today and everyday cooking can be quite simple and nutritious. A family meal often consists of a variety of dishes placed in the centre of the table and shared with a side bowl of rice and soup. Some dishes have interesting stories that shed light on the history of their origins. Since returning, I have learned about some of the China’s food customs in a book entitled Every Grain of Rice – Simple Chinese Home Cooking by Fuchsia Dunlop. In her book she explains the basics and includes recipes that show us how many Chinese families eat on a daily basis. Although western and fast food has made an entrance, many Chinese people continue to eat as they have for centuries. They include many vegetable dishes in their diet with small amounts of meat and fish as a side note. Dairy and wheat are seldom used and sweets use much smaller quantities of sugar. Fruit is served with family meals instead of desserts.

I shopped in the Chinese grocery district of Toronto for lotus leaves and carried my large bag of dried, stiff leaves on the subway with pride. I also picked up a traditional bamboo steamer, having given mine away years ago and headed home with a resolve to take a peek into the world of Chinese cookery.

I found a recipe using a lotus leaf to cook chicken in Every Grain of Rice by Fuchsia Dunlop and used it as a guide, altering the recipe to fit the ingredients I had available. I will not give the exact recipe, lacking permission of the author. Below is the version I made using her recipe as inspiration.

Steamed Chicken and Shitake Mushrooms in a Lotus Leaf

After cutting the whole leaf in two, I soaked it for fifteen minutes  in water that had been boiled. I sliced strips of chicken thighs and several shitake mushrooms.

A marinade was made with small amounts of ginger, salt, sugar, Shaoxing wine, cornstarch mixed with water and cooking oil. The chicken was soaked in the marinade.

The lotus leaf was laid out in the bamboo steamer leaving enough extra to fold over the chicken. I laid the chicken strips on the leaf and layered the shitake mushrooms on top pouring the rest of the marinade over all. The leaf was folded over the mixture to make a package and it was steamed for fifteen minutes.

The aroma from the lotus leaf  infused into the chicken and the results were very tasty.

I was left with a feeling of satisfaction and a sense of connection with the lady carrying her lotus leaf home beside the lake in China – and wondering if we had cooked a similar bit of Chinese food history.