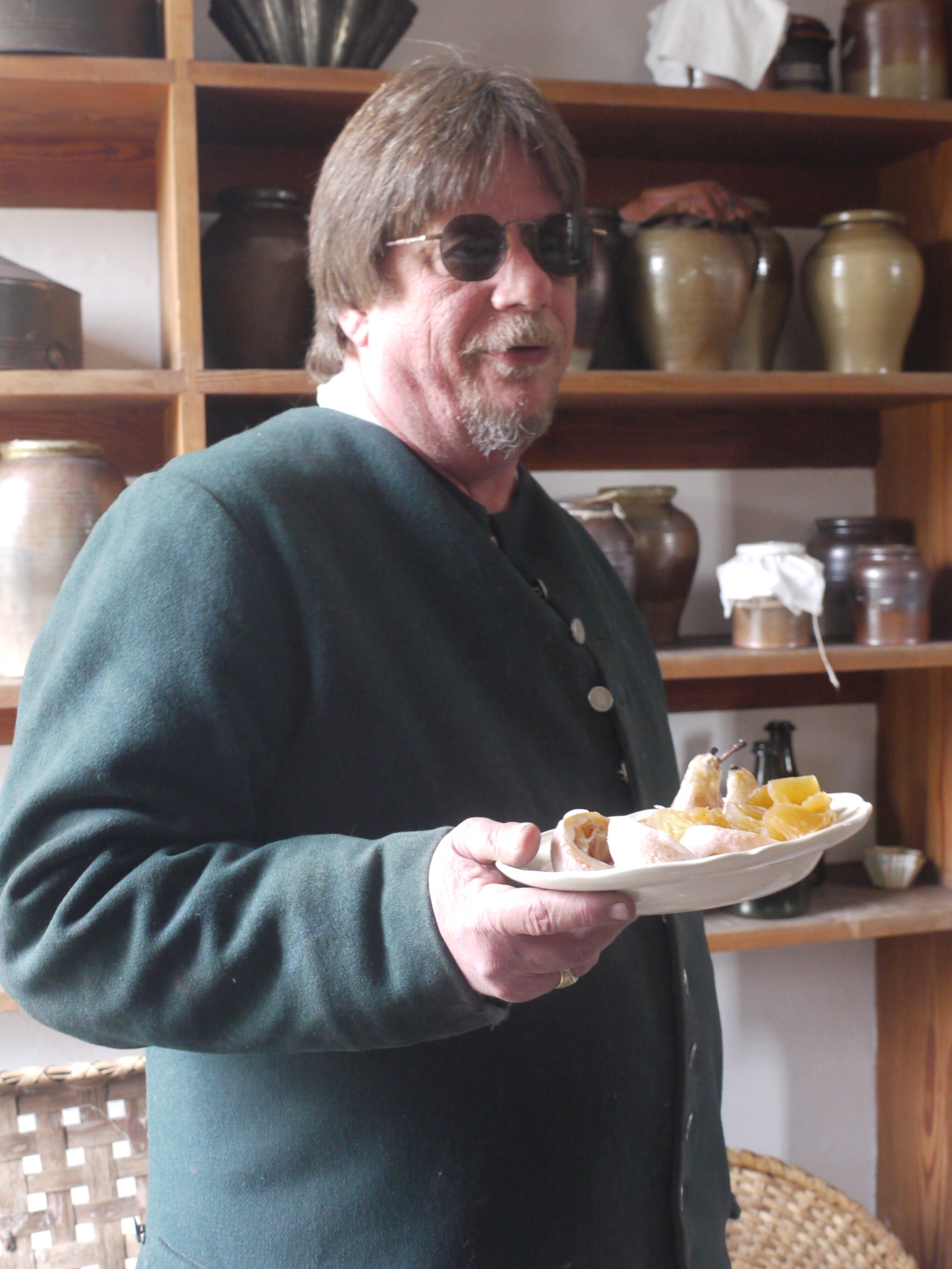 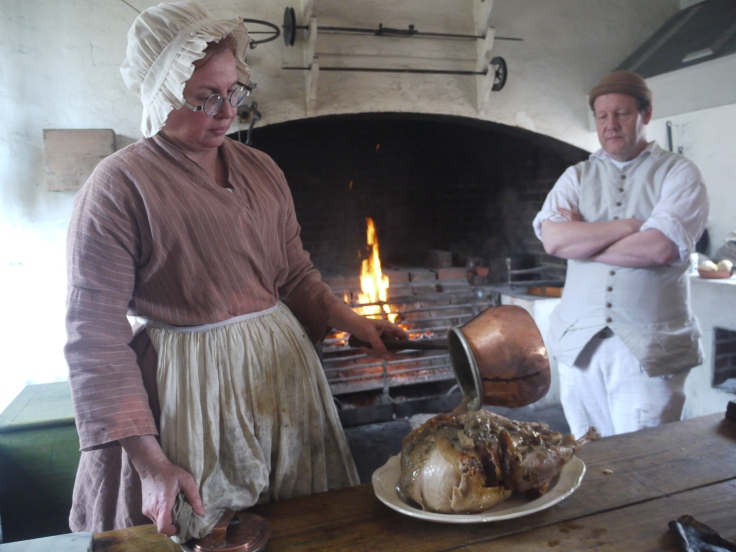 As I entered the kitchen building of the Governor’s Palace in Williamsburg, I could smell turkey roasting over the charcoal fire. The slow ticking of the clock jack (a device of pulleys and clock like cogs) turned the turkey slowly. The year was seventeen and seventy-five. Spread out on the table was an array of dishes that would have been prepared for just one of the courses of dinner, should you be one of the gentry (upper class,) invited as a guest at the Governor’s palace.

Williamsburg was the capital of the British colony of Virginia from 1699 until 1779. The large wall map in the palace shows Virginia as a much larger piece of the continent than it is at present. Many gentry lived in Williamsburg because it was the political centre of the state. Colonial Williamsburg stands proudly all these years later, and many original buildings exist as well as reconstructions that allow us to live in another time, if just for a moment…

The city had an elegant air that continues to this day and is reflected in the architecture of the buildings. Interpretive staff dressed in garb of 1770, bring history to life. Master food historians, and tradesmen such as wig makers, tailors, blacksmiths, and cabinetmakers continue to pass the skills of this time on to future generations. 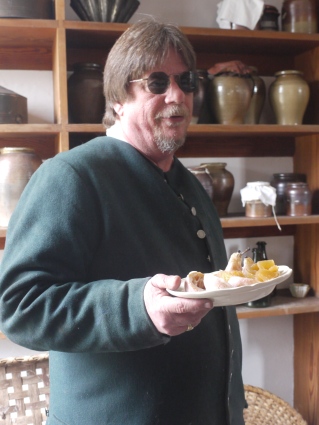 Frank Clark, Master of Historic Foodways at Williamsburg holds a plate of confections made by the skilled cooks. 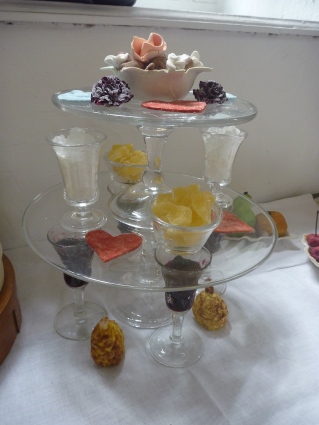 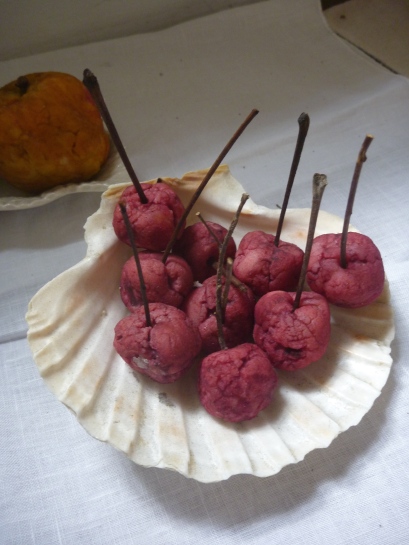 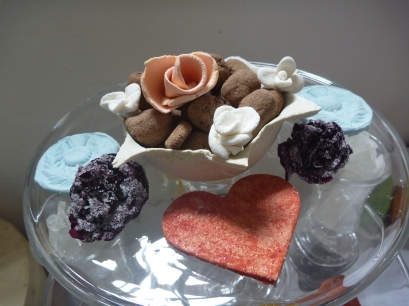 Frank Clark, (pictured above) the Master of Historic Foodways at Williamsburg knows those ways of the past. He studied for years to become an expert in his field. After I spent some time in the kitchen, watching the food preparations and took a tour of the Governor’s Palace, I imagined what it would be like to be invited for a meal. One governor brought his French trained cook from England to ensure the quality of his food. Other cooks and slaves helped in the kitchen.

Guests were seated in the elegant dining room for their main meal at 2 in the afternoon. A dinner invitation had great social importance and the meal would last for hours. Guests were seated according to rank and importance. Many dishes were prepared for this meal, and no one was expected to taste or dine on all of the dishes, after all, they may not enjoy what was being served. 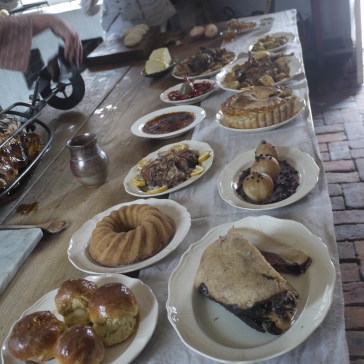 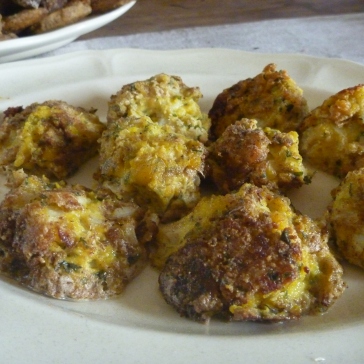 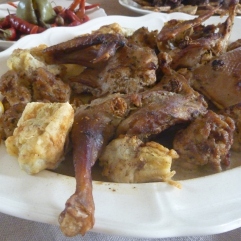 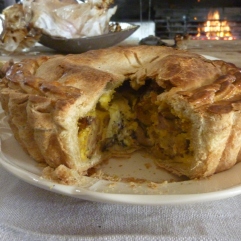 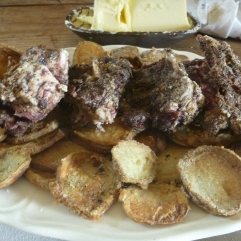 Above is a sampling of dishes that may have been served for the first course: egg croquets, pie made of sweet breads (the thymus of veal), buttered onions, rabbit, pork dish, chicken cooked the French way, stuffed cabbage, creamed turnip, rolls and likely more dishes. Then a second course, equally as impressive, followed by dessert of crème brulee, Portuguese cake, and sweet confections.

Ornate table setting plans show where the dishes would be placed on the table as some are served, there are replacement dishes to be added. When each guest was seated, one serving platter has been placed in front of each guest. They were expected to cut, carve, and serve that dish to the others who wished to partake. There were so many dishes to be served that the table was covered. When one course was finished, the guests retired to anther room to visit and after a time, a second course was served with different, but similar plates of food.

Food was not wasted at the palace, the governor had paid for it from his personal income and it was an honour to be invited for dinner. Leftovers were eaten as the morning meal the next day or for another meal.

The sweets course was followed by tea in the sitting room for the women and drinks in the dining room for the men. Cards, and games might have followed and the afternoon dinner often stretched into the morning hours. 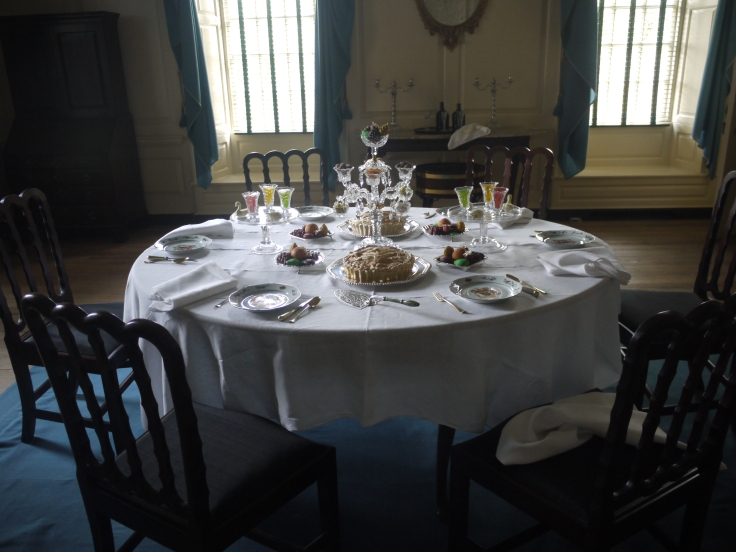 That was dining at it’s most elegant, and those traditions remain alive through the skill and dedication of those preserving food history in Colonial Williamsburg.