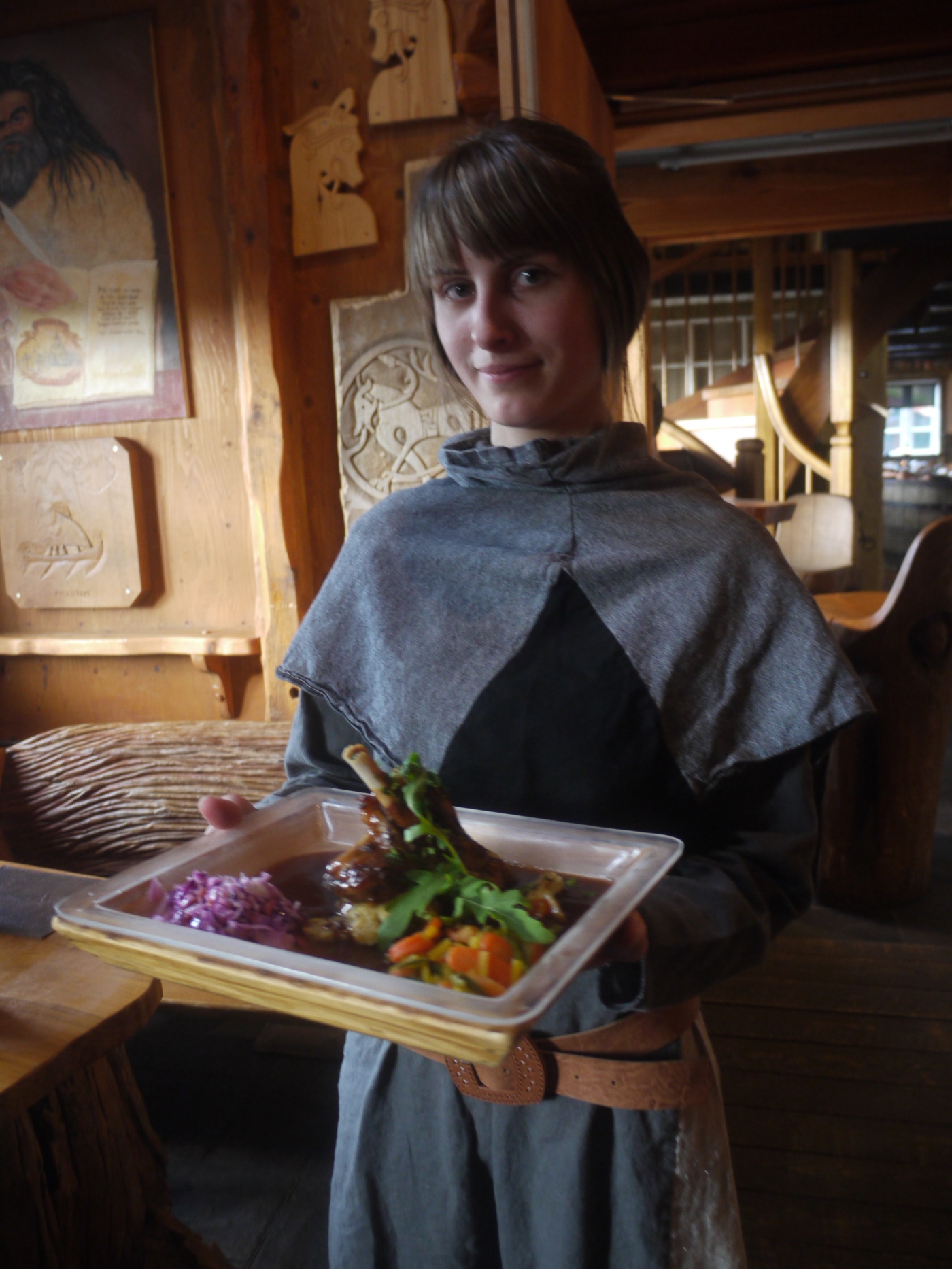 Driving across the vast landscape of Iceland, I wondered of the culinary history of early Icelanders. There have never been many indigenous animals in Iceland to hunt, although oceans for fishing surround the country. It is hard to imagine a hulking Viking working in his vegetable garden.

As it turns out, you don’t have to dig deep to learn about Iceland’s food history. Icelanders still cook using age-old traditions, on a daily basis and on special occasions and festivals.

After hiking in a remote part of Iceland, we learned that we were surrounded by edible wilds in the wilderness, all of which were used in the past as part of the Icelandic diet. I referred to a well-researched and informative book to learn more about the history of food in Iceland. William R. Short wrote Icelanders in a Viking Age – The People of the Sagas. His informative chapter about the foods eaten in early Icelandic times included surprising information that helped me to link the past with what remains of these customs in a country with a varied and sophisticated culinary tradition. For example, you can find whale offered on modern menus, but Icelanders were not historically whalers. Historically, they made use of beached whales to provide part of their diet if the opportunity presented itself. Skyr, a no fat, fermented milk product is commonly eaten today, but has been eaten in Iceland for 1100 years. It is mentioned in Icelandic sagas of long ago.

While visiting Iceland, we visited a popular attraction Fjörukráin, a hotel and restaurant, located on the site of an old seaman’s village, that celebrates the Viking history of this country. The original building was a wooden house that dates back to 1840 and many buildings have been added since. A 15-minute drive south of Reykjavik, it is located on the waterfront of Hafnarfjördöur.

A maiden dressed in Viking like garb of the past, served us a dinner recommended by Jóhannes Viđar Bjarnason, the owner of the Viking Village.

The Viking Starter plate was served on a rustic wooden tray, as was the custom of the past. Small samples of tasty delicacies were served. These would turn the stomach of my vegetarian friends, but remember, the Vikings survived on what they could find and used preservation methods that did not include refrigeration for the summers.

We tasted bits of sheep’s testicles, fermented shark, dried haddock, pickled herring, rye bread, whey, and Thorri food, (a type of pickled food.) We washed it down with a taste of the famous Black Death, a nickname for the signature Icelandic drink Brennivin, a clear, unsweetened distilled liquor made from fermented grain or potato mash. Brennivin translates to “burning wine.” The Black Death nickname is said to have been given at the period of the Icelandic prohibition.

Fermented shark is made using a time old method using meat that would be toxic if eaten unfermented. It is preserved by burying the meat in sand for 612 weeks. The pressure of the sand removes the uric acid from the meat and it becomes edible. It is best eaten by recklessly tossing it into your mouth and chasing it with a swig of Black Death.

Our main dish was lamb shank, pureed potato and glazed vegetables. We had a fish soup and a dessert of skyr with blueberries

The structures of the Viking Village Fjörukráin are reminiscent of the dark wooden longhouses that once housed the Vikings of the past. The décor inside the restaurant is rustic and furniture is built of old logs. Artwork and reproductions of historic Icelandic writings decorate the walls, giving the eatery the feeling of a museum.

Although the food is a modern version of what was eaten, some of the food served is based on recipes that have been served in Iceland since the Vikings walked the land.

Viking feasts are served to large groups at the restaurant, using a buffet of food reminiscent of tastes of that period. Costumed wait staff provide music and enact Viking behavior, including diners in the drama. A Viking Festival held each year in June at Fjörukráin includes days of food, sport, and reliving of Viking traditions.

In Iceland, the tastes are as special as the country.Watch for future articles about the historic cuisine of Iceland, as I head back in June.

You may also be interested in a past article about cooking with Icelandic Moss  https://diningoutwithhistory.com/2014/02/28/cooking-with-icelandic-moss/

Icelanders in a Viking Age – People of the Sagas by William R. Short