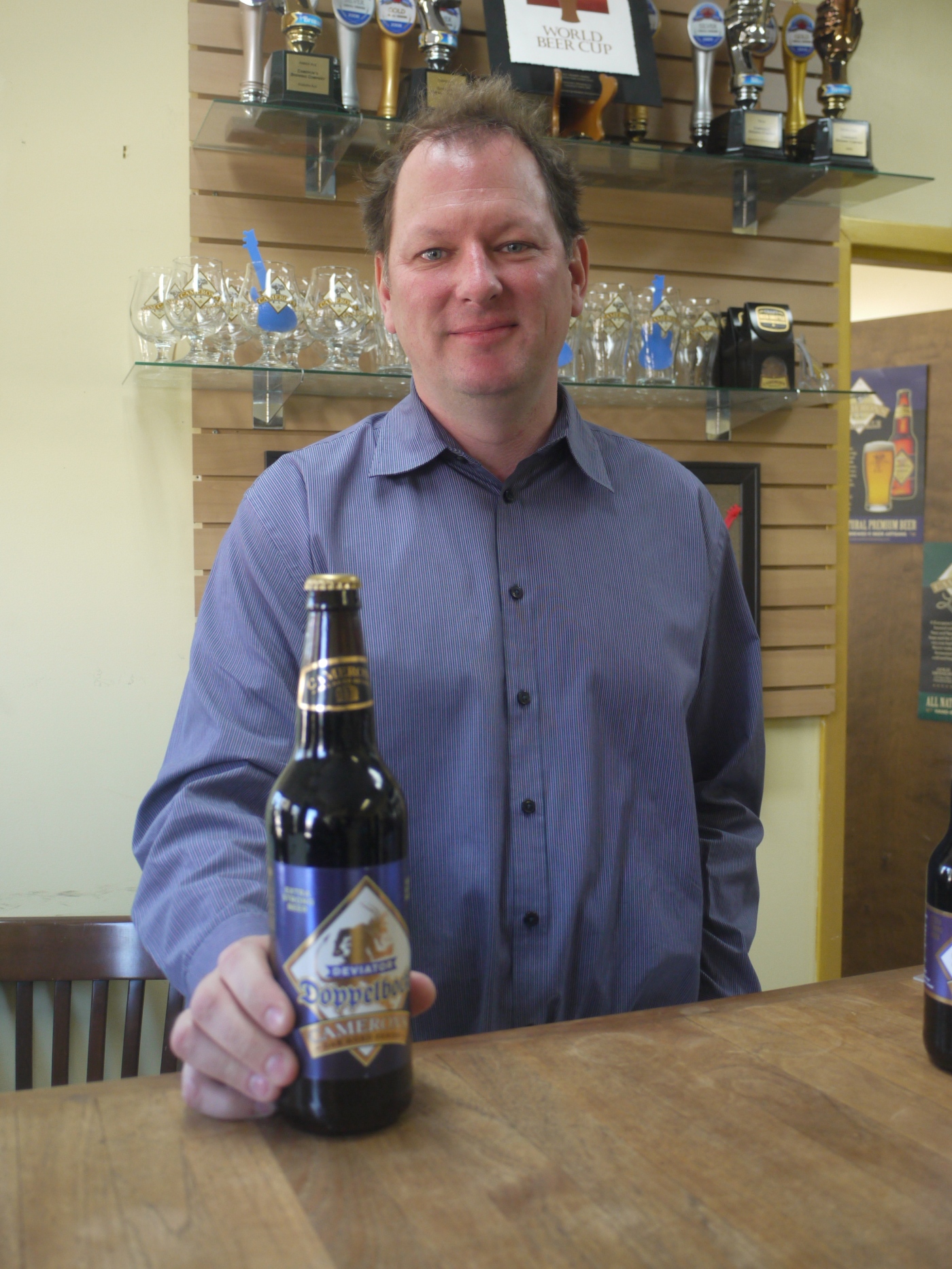 Sipping on a bottle of CAMERON’S beer, a story of historical interest caught my eye on the label.

“Doppelbocks were Teutonic inspired dark lagers brewed with Germanic malt, and were served by the Bavarian monks during times of fasting as “Liquid bread.”

I was interested in the inspiration for Cameron’s Deviator Doppelbock beer, and learned that it is brewed in Oakville, Ontario. Off I went to chat with Brew master, Jason Britton who took time from a sales meeting to tell me a story about the inspiration behind that particular brew.

Jason was travelling in the Bavarian region of Germany to visit a friend who was living in the countryside. They went to visit a very old brewery in Mittenwald and enjoyed a tour of the very old operation. After the tour, the brew master grabbed his ceramic stein and gave him a taste of what they were brewing.

“It was the best beer I’d had,” he said, and vowed to go back to Canada and produce this type of beer. They began brewing it with the classic ingredients from Germany. Then he started to break all the rules and began to age the beer in old bourbon barrels from Kentucky to create “another layer of complexity,” in the taste. He was passionate as he described this memory and how he created that beer.

“Check on the website for more history,” said Jason as he headed back into his sales meeting.

The Cameron website contains a time line with the history of brewing that dates back 6,000 years to a time when the Sumerians of the Middle East would crumble bread into water making a mash that they drank from a common bowl with straws to avoid the floaters of bread. It goes on to describe how European monks were the first to develop a brewing process and used hops to preserve the brew and give it a refreshing taste. They drank a weaker version daily and created stronger brew for special occasions.

Visit the website for more interesting historical brewing facts. Check out one theory on the landing of the Mayflower.

You can visit the Cameron Brewery for tours and tastings on Saturdays and more information can be found on the website.

There is interesting food history being sipped every time we chug a beer.